Classroom Fad or Fix: Do we need to look a little closer at Lesson Study? 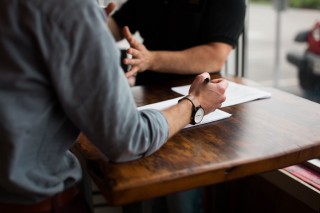 Lesson Study is a continuous professional development (CPD) programme, based on an approach widely used in Japan. Teachers work together in small groups – usually threes – to investigate, plan and then teach 'research lessons' that meet a shared learning goal. Colleagues observe each other in these  and give feedback on effectiveness before reflecting, refining and teaching again.

Lesson Study is embedded in many UK schools, but it became a topic of hot debate on EduTwitter following a study by the Education Endowment Foundation (EEF). The EEF report caused quite the stir when it claimed – after examining Lesson Study in 181 schools – that the approach does not increase students' attainment in reading and maths at KS2 (the age group studied).

Pete Dudley, who ran the national Lesson Study pilot from 2003-05, says the technique brings about better teaching because it enables participants to understand the learning that happens in their classrooms in more detail than usual, and recognise gaps in their assumptions about pupil progress. The thinking goes that this helps teachers to evolve their planning and practice to be better aligned with students' needs.

Even the EEF don't say there are no benefits to Lesson Study. Despite the lack of impact on outcomes, their report said that teachers felt the approach was "useful for professional development", giving them an opportunity to "collaborate with colleagues in a structured way" and make changes to their practice.

The Teacher Development Trust has long promoted Lesson Study as a form of CPD and its chief executive, David Weston, published a blog in response to the EEF's findings. He drew attention to the difficulties in measuring the effectiveness of the approach (a problem also raised in this detailed blog).

Weston says there could be problems with the content of the lessons, and points out that many of the teachers in the control group were also engaging in peer observation, albeit without using the Lesson Study title.

He also states that for Lesson Study (and any form of CPD) to work, it requires expert input around subject content, pedagogy and the observation and reflection process. This requires support from senior leadership, as well as a culture of trust and supportive engagement with research – if a school doesn't have these things, he adds, it is unlikely to make Lesson Study work.

That after years of uncritical adoption of Lesson Study, the writing is finally on the wall: the evidence says it doesn't work. The Lesson Study programme examined in the EEF study cost each school £2,300 per year (around £54 per student), but offered no benefit for students in comparison with control groups.

The popularity of the approach has raised eyebrows for a while: as far back as 2015, evidence-based practice expert Gary Jones asked for more critical engagement with the "fashionable" approach, which he said could be "the new brain gym". His blog responding to the new EEF report was even-handed, highlighting the fact that "there is more than one variety of Lesson Study", and recommending that school leaders ask a series of questions before implementing any kind of CPD.

Kate Atkins, headteacher of Rosendale School in south London, wrote on her school's blog this week about some of the problems of putting Lesson Study into practice. She questioned whether the post-lesson discussions are hindered by the fact that "we are very aware of the negative effect of too much criticism on our colleagues".

Conversations taking place on Twitter in response to the EEF's report highlighted technical issues – such as the difficulty of creating an effective random control group – as well as larger problems of schools looking for results from an 'out-of-the-box' CPD approach, without taking due consideration of their context.

With its huge support across the sector, it looks like Lesson Study won't be disappearing overnight, if at all. But this may be the moment when it is examined more closely, rather than being considered a panacea.