It’s easy to get lost in the anxieties and meaningless goals as a teacher, but the tiny everyday kindnesses make the job 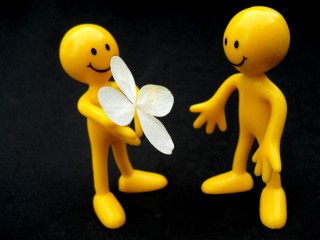 ​He was a kid I'd barely noticed.

I'd been teaching the class for just a few weeks and, as is always the case, certain heads had raised themselves above the parapet: the defaulters, the jokers, the forgetful and the attention-seekers. But this lad had been quietly going about his own business. He always gets the work done; he rarely forgets to bring equipment in; he does enough to get by; he never quite impresses.

On this particular Monday morning, my glass was decidedly half-empty: I had failed to clear the previous evening's marking, I had forgotten that I had run out of milk the day before, and it had pissed it down for three days continuously. For a reason I couldn't be bothered to fathom, this lad has turned up ahead of the others. Impatiently, I ushered him in out of the rain and, without speaking, he shuffled through the door. I cursed him for dumping his dripping bag onto his desk and wiping the surface water with his coat sleeve, creating a small but significant waterfall over the sides.

What followed might be unremarkable, but it has stayed with me. I was getting the chairs down from the desks when, still silent, he started to help. I watched him for a moment before continuing. When we finished, I returned to my desk and sorted through some worksheets.

Then he asked: "Sir, can I give anything out for you?"

I looked at him. He's one of the quiet, yet soulful types – big warm, brown eyes, eager to please. My surprise came out as an embarrassment of blurts: I thanked him as I handed over the sheets; I thanked him again as he carefully placed each sheet on each desk; finally, I thanked him for the umpteenth time as he and his comrades left the room on the next bell.

He lifted my whole week like nothing else could have done. And to this moment, I can't work out why such a tiny gesture continues to move me as much as it does. Perhaps he caught me at low ebb; perhaps it is that such kindnesses seem few and far between, if you're not looking for them; perhaps it is simply the quiet courage of this boy's approach.

So now I see this individual, and those like him, in a strange new light. Later that day, I flicked through my planner to the class lists at the rear. This time, my eyes skipped over the glowing, the notorious, the infamous. Instead, they rested on the small pockets that cement the personalities together – the quiet ones. To my shame, I realised that there were names in there that I barely recognised: pupils who I had taught for the best part of a month, yet never spoken to. Time to get out the highlighter pen...

I remember struggling into work a few years ago, with the onset of what turned out to be a chest infection. Faced with a year 7 class that made a cave full of agitated bats sound like ambient noise, I was at the end of my tether. Two minutes from the end of the lesson, the room started spinning: I was either going to puke across my desk (and probably an unsuspecting front row) or pass out. Staggering towards the door, I told them to get on with some reading until the bell went.

The next thing I knew, I was on the floor, coming to, straddled between two columns of school lockers. Back inside the classroom, my year 7s were oblivious as I, a mere few feet away, found myself looking up into the familiar blank expression of a year 10 student who had come to fetch his books. All I knew was that he must have stepped over my prostrate and inert frame to get to his locker.

At the time, it felt like some kind of metaphor for the esteem that teachers across the land were held in, but now I've come to realise it's little things in a school that make the difference. By holding open the door of your room and greeting students as they walk through, you've made a connection with each and every one before the lesson even begins. By making a note of those you have spoken with and those you haven't, you'll soon see who monopolises your attention and who is deprived of it – not just in your lesson, but in everyone else's. Every day, each week, over the course of a year.

Despite my efforts, I find myself put to shame by the kindness of colleagues. There are those who always try to pull staff together for social events, often meeting waves of indifference and excuses. There are those who, through supreme acting skills or genuine empathy, are interested in the holiday snaps you show from your phone. I have a colleague who, however busy, will never visit the photocopier without asking if there is anyone else who needs another copying job done. Until she joined, it hadn't occurred to me, in my self-absorbed little admin bubble, that other people might want their photocopying done too, but it's embarrassed us all and caught on – we all ask each other now.

And then there's another anonymous colleague who pops little chocolate Easter eggs or edible tree decorations into everyone's pigeonhole at the end of a term. These are tiny little things that remind you that a school is so much more than a pile of bricks and a few projectors.

Often, as a teacher, you lose yourself in a forest of anxieties and meaningless short-term goals; stabbing at your to-do list with the sole aim of reaching Friday. Barging through the dense bracken of the working week, it's so easy to lose sight of the people who go about their own business but whose presence makes life worth the living.

Thank heavens for the tiny kindnesses.

This is an edited version a blog from Beta Teacher. You can read the original here.