Dec 02 Posted by Guest Teacher in Tales from the frontline 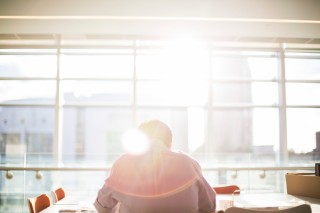 It was finally happening. It took me a while (two years) to get there, but I now had the bit between my teeth and I was determined to get to the bottom of why disadvantaged pupils weren't making as much progress as their more advantaged peers.

I also had some say for once – as a new chair of committee, I could finally make sure issues were properly followed up. I would be the one to remember, chase and hold to account. I would like to say this was just a moral crusade, but it wasn't. The achievement gap was highlighted when Ofsted last inspected the school and, with another visit due any day, I wanted to be ready with minutes that showed we were on the ball and offering real challenge.

But my good intentions were overshadowed by inexplicable data. My deep dive into what happened with Year 11's disadvantaged students hadn't made it onto the agenda, despite me asking twice. The data we had asked for in the previous minutes wasn't ready before the meeting because the school lead was busy (I don't have a comeback for that – I'm passionate about work-life balance and making sure we don't overstretch teachers to the point where they leave, so it felt like a sin too far to say 'Tough luck, I need that data').

The sum total of this was that data – some of which we hadn't asked for – was presented in the meeting as an additional item. That meant we had to analyse and ask questions on it in real time. This is a real bugbear of mine – it's hard to look at trends and ask pertinent, challenging questions when you're seeing the figures for the first time in the meetings. It's like trying to make a chess move with a Grand Master watching at your shoulder.

To make matters worse, the data was utterly unfathomable and all attempts to get the school lead to explain what she had shared any why led to further confusion and increasingly lacking patience. Add to this a couple of new governors, new grading systems and the fact that this is only the second time the board has seen Progress 8 as a measure – and you can see why this wasn't the beautifully orchestrated deep dive I had imagined.

I tried to keep us on track, reminding governors that we really wanted to see was the achievement gap and to understand why it happened and how the school would respond in future. But I don't think I really managed it – the lack of preparation and confusing explanations feel like the got the better of me.

And who am I to know whether the school's explanations are rubbish? It might well be that the students concerned had inflated key stage 2 grades; it might be that, no matter how hard we try, some of our disadvantaged pupils have such a hard lives outside of school that just getting them to the exams was an achievement.

All those things seem reasonable; it's what I am supposed to do with that next that's less clear. I can't time travel to see if they were coached through SATs by their primary teachers and – even if I wanted to look through their welfare history, which I don't – am I really the right person to make the call as to whether their home life could have reasonably affected their results in this way?

So, here is the crux of school governing for me – I just don't know if I am doing a good job. I can go on training courses, I can take every opportunity to meet advisers, assessors and consultants, and I can make sure I keep up with policy changes and news in the sector. But, however hard I work, I never quite seem to shake the feeling that I am not doing it right, and that one day I'll be discovered to be incompetent.

The only people likely to discover that are Ofsted inspectors because it's only on inspection that the board is scrutinised. But I don't want to wait for them; it's too high-stakes. If I'm not doing a good job, the best case scenario is that I rob a school of hard-working professionals from a decent inspection grade, which we shouldn't care about but, let's face it, we do. The worst is that I've let hundreds of children receive a poor education – and that's unforgivable.

School governance is meant to be a fulfilling way to give back to your community, and society at large. But what if brings you the worry that you might be letting down the next generation? I want to be a good leader who helps the school set a firm course amidst the funding, policy and accountability challenges that government throws our way – who shelters the staff so they can shun whims and fads, and focus on the kids. But I don't think I can do that when I don't even know if I'm on the right path.