Sep 09 Posted by EdCentral Team in Tales from the frontline 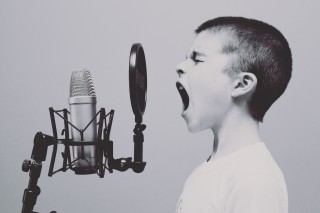 The thing about being a school teacher – be it primary, secondary, early years or whatever – is that you see an awful lot of interesting behaviour in the course of your daily grind. There is always someone doing something unusual, and, a large amount of these behaviours have at their heart a desire to get something that they really want: not time out, not to avoid work, but attention.

Children have a million different ways of securing this most precious of commodities, and an equally large number of reasons for seeking it. Sometimes it's because they are starved of it at home – their parents may be working all hours, they are perhaps part of a large family, or they may have joined an even larger, blended family.

Sometimes, everything on the surface seems to be tickety-boo, only for chaos or unhappiness or money worries or illness or alcoholism to lurk underneath, stealing it all away. Children in a classroom figure it out pretty quickly: they like getting the attention of their teachers and they will employ their considerable wiles in order to get it.

Us teachers like the ones who figure their way to the attention-lode by conforming to the rules: handing homework in on time, completing all the tasks we set them to do and more, always trying hard, always doing their best.

But there is another sort of pupil (and I rather like these ones, too). They are the ones who take up so much of our time, eating up energy with their demands; they have figured out something else entirely. For them, any attention is better than none, and they really don't care how they get it.

There's the kind that asks questions completely unrelated to what you are attempting to teach. There are the ones who can't bear to wait for someone else to work it out for themselves, so keen are they for you, and everyone else, to know that they know the answer, to congratulate them on their cleverness. There are the ones try to stoke derision over other students' stumbles.

And then there are the ones that get on my nerves the most; just as you have everyone sitting there in the palm of your hand – eyes glued, brains firing – they make a smart remark into the silence and switch the gaze of the entire class to themselves.

What these kids have worked out, what they have discovered without anyone having to teach them, is that words have power. They may take no notice of us when we blither on about choosing verbs effectively and up-levelling connectives (or are they conjunctions now?), but they know already how to use a word for maximum, disruptive, and often hurtful, impact.

The thing about children, though, is that they are still learning. Sometimes they have no idea that they have just dropped a verbal nuclear bomb on one of their friends. They can't understand why nobody will play with them, and, usually, when someone points their mistake out to them, after a bit of encouragement, they are happy to apologise. They are still young, they didn't mean for it to come out the way it did, and for that, we are prepared to cut them a little slack.

Unless, of course, they did mean it, if they knew exactly what they were doing, and the sorrow they feel is that of being found out with their metaphorical hand in the metaphorical cookie jar. Their apologies are grudging, and revealing.

In many ways, it is the same with adults – although, thanks to years of learning subtlety, a little harder to discern. Most times, when people realise that they have said something that hurts me or families like mine, their apologies come quick and fast, and with sincerity.

My son has Down's Syndrome and when they meet him – my bonkers, funny child – they often admit that the person who was suffering was them, and it was ignorance to blame. "I didn't think he'd be like this," is something I have heard more than once. "You'd never think it, to look at him" is another, and, one of my Granny's best, "I can't help but wonder what all the fuss is about".

If they use words of power – like mong, or retard, or imbecile, or sub-normal (or educationally sub-normal, remember that one?), or Down baby/person – and they haven't met my son, (my glorious, funny, vulnerable son, who has no voice, as yet, no way (yet) to tell them not to use him as an insult), their shame and sorrow is palpable when they do.