Can we please stop competing about how hard we're working?

Nov 18 Posted by Guest Teacher in Tales from the frontline 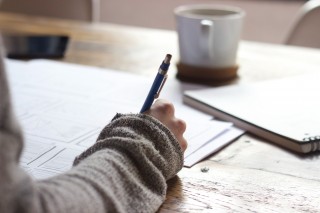 ​Welcome to the inaugural Teacher Olympics!

Due to the current funding crisis, we regret to inform you that the opening ceremony has been cancelled. Instead, we will launch straight into the first event: weightlifting. Teachers from across the land will compete to see who can struggle from classroom to car with the heaviest plastic box of unmarked exercise books.

All eyes will then be on the Joan of Arc Stadium, where a panel of judges will listen to educational professionals argue over who wasted their holidays in the most spectacularly dull way imaginable. The current record-holder is Jean from Harrogate, who spent the first three days of her break feeling guilty about her unmarked Romeo and Juliet essays, the next three days marking said essays, and the final week re-writing the scheme of work because the essays were a bag of shite.

A medical team will then be on hand to officiate over the Who-Has-Infected-the-Most-Colleagues-by-Continuing-to-Turn-Up-Ill-at-Work heats. The bookies' current favourite is Vaz, head of the science faculty at an academy in Burnley. into his second week with the bubonic plague, Vaz continues to ignore the red crosses splattered across his classroom door, claiming that he can't afford to miss the Year 8 practical just because a few gangrenous fingers are dropping off. The competition is hotting up for Vaz though, mostly from colleagues in his department, whose bodies are, as we speak, breaking out with angry, pus-filled boils.

Meanwhile, over in the Velodrome de Thomas a Becket, competing teachers will be circuiting the track, moving in ever-decreasing circles between specification changes and policy documents until, 30 laps later, they arrive back at the starting point.

As Day One comes to a close, events reach fever pitch, where we move back once again to the floodlit Joan of Arc Stadium for the much-anticipated blue-riband event: the Marking Marathon. Officials will have cold coffee, packets of Oreos and episodes of The Archers to hand as heavy-lidded contestants battle to see who can stay awake the latest whilst marking huge piles of exercise books for no purpose. Potties, stand-up urinals and she-wees will be supplied for colleagues who claim to be too busy/exhausted to pop to the smallest room.

Day Two heralds more excitement as Ms.Greening makes a second appearance, this time with a team from the Department for Education, to officiate over the obstacle course. Competing pedagogues will weave and dodge between various pointless initiatives scattered into their while clutching on-the-go thermal mugs and whiteboard markers.

What is it with us ? We spend our weeks with noses to the grindstone, wearing ourselves down until we crawl, whimpering and hysterical, towards the end of . The relief is palpable. Then, at the point where we are about to break out the mariachi bands and party poppers, we get ill.

A week in, and on the road to recovery, the guilt sets in and we find ourselves at a terrible crossroads. Recreational time squandered, there is only one way forward: under a collapsing bridge of unmarked exercise books.

And people are keen to broadcast their woes on Twitter. Frequent posts about that particular night's marking load become the pedagogue's equivalent of taking a picture of your evening meal. But to the objective onlooker, both can be unappetising. Five or six days into the break, one teacher was asking if it was wrong to be worrying already about the start of the next term, which was a mere nine days away. Wrong?! Bloody heart-breakingly tragic, I'd say!

Why leave the school premises at all? Why not set up camp in a science lab with a bunsen burner for warmth, and get ahead with that pre-exam preparation? Oh – and would you mind running a few revision classes while you're at it? Imagine the satisfaction of looking smugly, with the one eye you could keep open, into the faces of your colleagues, knowing that you were one step ahead of the game! Sure – statistics suggest that you might die a few years short of a comfortable retirement – but who cares about trivialities?

The thing is: school holidays are called 'holidays' for a reason. They are not called 'revision weeks'study breaks' or 'flagellation fortnights.' It is a brave school leader who will stand in your way and tell you to pop into Thomas Cook instead and book a cheap getaway. Too many by instead, their ambivalent silence casting faint approval of the proverbial candle, burning at both ends. Who, after all, is going to discourage an activity that seems to drive up results?

However, those of us into the second half of a long teaching career know that such a lifestyle cannot be sustained. The cost in terms of sickness, motivation and recruitment is irrecoverable; and leads to the very opposite of what was intended.

Many of us feel overwhelmed. We can also often feel alone and unwilling to raise our heads above the parapet – but is comparing or sharing our woes, and little else, the answer? Perhaps, instead, we should try taking a long, hard look at our own workload – especially that which has little impact on anyone else – and find concrete ways of reducing it? Shall we make that our mission?