The impact of school closure on pupils with EAL 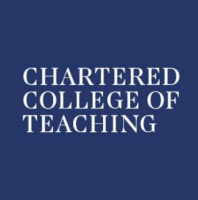 Pupils with English as an additional language (EAL) attract a great deal of interest among policymakers, school leaders, and teachers, yet there are relatively few studies that have examined EAL attainment and the impact of Covid-19. This issue is increasingly important for EAL policy development, given that the data shows the percentage of pupils recorded as speaking English as an additional language has more than trebled since 1997 and is about 19% of the school population.

There is also now research evidence that school closures have meant that EAL learners may not have had access to models of good English language and EAL pedagogy and sufficient opportunities to rehearse and practice speaking in English, particularly in the key language areas of listening, speaking, reading, and writing. This directly impacts their access to curriculum learning and further delays their educational progress compared to their non-EAL peers. The aim of the research is to study the impact of Covid-19 and school closures on EAL learners.

The main findings of the surveys confirm Covid-19 has created significant disruption to EAL learners’ education and suggests that they are being increasingly left behind their peers, not only in developing English proficiency but also in closing the achievement gap. It suggests that the Covid-19 pandemic has had a significant negative impact on EAL learners relative to their peers.

The main reasons for the negative impact and the widening achievement gap between EAL pupils and their peers include:
• less support in improving English proficiency during lockdown
• missing access to small group lessons and one-to-one support in school
• less access to technology for online learning
• lack of parent English language skills to support learning at home.

In this webinar delegates will be presented with the findings of the survey and the key message for policymakers and school practitioners to support EAL pupils.

Speakers will include:
• Professor Feyisa Demie, Head of Research in Lambeth LA and Honorary Professor at Durham University, who will introduce the research and the key findings of the leadership survey
• Amanda Bellsham-Revell (EAL Consultant), will share the findings of the teacher’s survey and some of the good practices to support EAL pupils
• Cordelia Cooper (Wyvil Deputy Head and current Interim Headteacher at Ashmole School), will share good practices at Wyvil Primary School to support EAL pupils during the school closures.