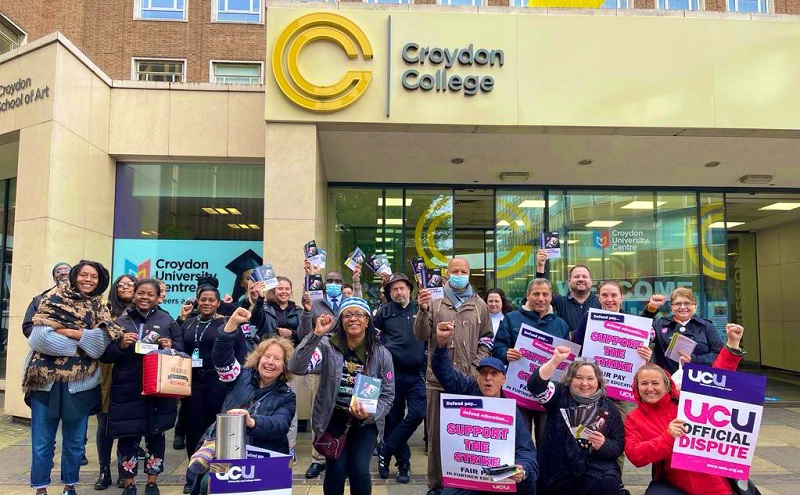 Staff at Croydon College have called off a strike after accepting a new pay deal worth up to 8 per cent.

The University and College Union said the offer also includes a commitment from management to look at workloads and to create joint working groups that will aim to improve career progression for learning support workers and technicians.

Strike action was suspended at Croydon College after the offer was made but went ahead this week at 17 other colleges, with a further 12 set to join the strike next week.

Staff at eight further colleges also have mandates to strike but are not yet going forward with action.

The UCU rejected a 2.5 per cent offer from the Association of Colleges in June, describing it as “totally unacceptable”. That had been increased from first 1 per cent and then 2.25 per cent.