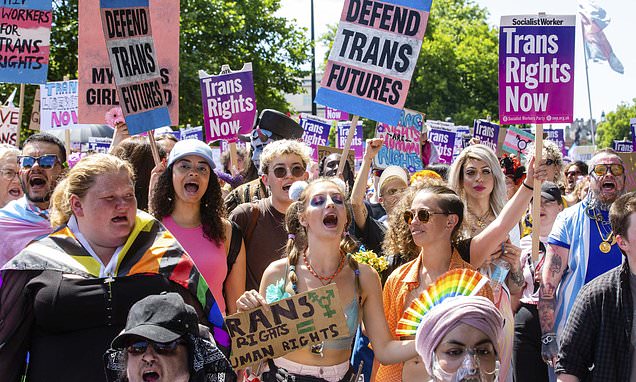 Feminist academics have told how they are self-censoring because their views on trans issue have led them to being overlooked for jobs, physically barred or even removed from events, and facing a 'continuum of hell' from online trolls who have made death and rape threats.

Laura Favaro, a researcher in gender issues at City, University of London, interviewed 14 feminists who believe that men and women have biological differences which are 'binary and immutable'.

The so-called 'gender critical' feminists claimed that they have been the targets of abuse, intimidation, no-platforming, smears and 'lost career progression opportunities, including being blocked from jobs' in the world of academia for their views on sex and gender.