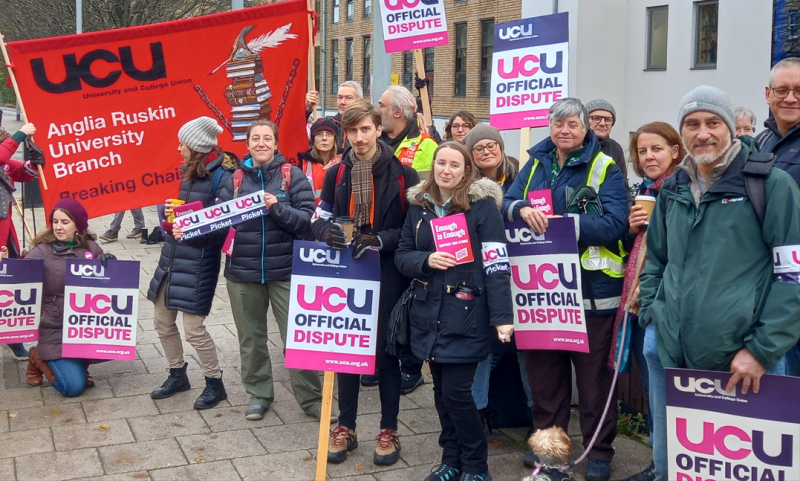 Thousands of university staff have joined picket lines across the UK at the start of three days of strike action over pay, pensions and working conditions.

In what the University and College Union (UCU) has described as the country’s “biggest ever university strike”, which is expected to involve more than 70,000 staff at 150 universities on 24, 25 and 30 November, union members gathered outside campuses and university buildings to protest against a national pay deal of 3 per cent for 2022-23 – rising to 9 per cent for the lowest paid – as inflation hit a 40-year high of 11.1 per cent.

In Cambridge, about 50 union members joined a picket outside Anglia Ruskin University (ARU), with around 400 UCU members across the institution expected to walk out over the coming days before beginning “work to contract” action.