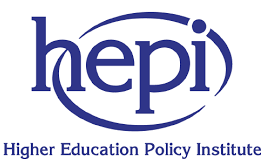 In recent days it has become increasingly clear that the Government cares more about generating red tape than it does about whether university students have enough to eat. What’s brought this into focus are two announcements from the Department for Education, one about the rate of uplift to undergraduate student maintenance loans and the other via a mini consultation with sector leads on proposals to increase the fees that the Office for Students (OfS) can charge universities. The disparity between the two is striking.

The 2.8% uplift in maintenance loans for next year is way below current inflation levels and even further below the inflation level for food, which is probably of most relevance to students and stood at 13.3% in December. The Russell Group, the Institute for Fiscal Studies (IFS) and others have highlighted how the lack of any mechanism to adjust loan levels for unexpected hikes in inflation means students will be up to £1,500 worse off next year. And this cut will be baked in for the future.

This week, the House of Commons Library concluded that the effective 11% cut over two years is larger than any real cuts seen in student support going back to the early 1960s. In the meantime, a £15 million boost from the Department for Education to university hardship funding this year sounds positive until you divide by the number of students this is supposed to cover and realise it might buy each student a couple of lattes at best.