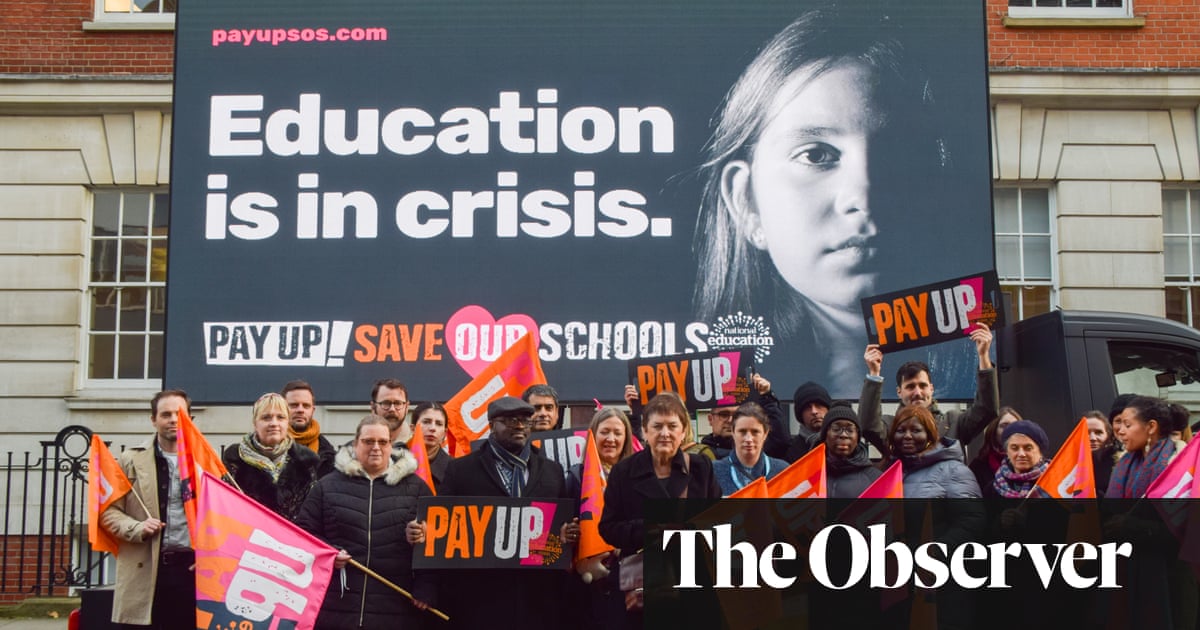 Parents are being called on to help teachers in their fight for a pay rise as unions try to win the public relations battle against the government over next month’s strikes.

With thousands of schools across England and Wales set to close in February after teachers voted to strike, the Association of School and College Leaders (ASCL) union has told the Observer that it is working with Parentkind, the umbrella group for parent-teacher associations in schools, and with school governors to get parents to lobby backbench Conservative MPs on the crisis in recruiting and retaining teachers.

The education secretary, Gillian Keegan, said parents would be “deeply disappointed” that members of the National Education Union were risking the “education and wellbeing” of children with the strikes, which could close individual schools for up to four days.

But Geoff Barton, general secretary of the ASCL, said: “We are determined that after underfunding education for 12 years, the government won’t be allowed to get away with trying to blame the teachers.”