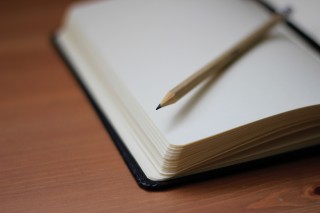 Conference season has come to an end for another year, with politicians stepping down from their podiums and getting back to the business of running the country. There were bold statements from both Labour and the Conservatives – including rent control and an energy price cap, respectively – but what did we learn about the parties' plans for the future of education? Here are the top five take-aways from each:

The speech from shadow education secretary Angela Rayner centred on Labour's proposal for a National Education Service, which would operate as "a cradle-to-grave system supporting everyone throughout their lives". But what would it look like?

Rayner pledged that Labour would provide the "full £13bn" needed to bring the existing school estate up to scratch, by removing dangerous features like asbestos and flammable cladding, and installing sprinklers. She also announced £8bn for new school buildings "where they are needed".

Making reference to her own time as a teenage mother, Rayner praised Sure Start for "transforming" her son's life, and pledged to "reverse the cuts in full", giving £500m per year to the programme.

Under a Labour government, teachers would be paid "properly", Rayner said, thanks to the removal of the public sector pay cap. She also promised a return to national standards for teaching assistants and support staff to prevent them working for the minimum wage.

A boost for further education

The vast numbers of young people who don't go to university should also receive a "world-class education", according to Rayner. She pledged to invest £1bn into a further education service to make sure that technical qualifications are a "true gold standard".

An end to period poverty

In the wake of a report earlier this year, which found that young women were missing school because they couldn't afford sanitary products, Rayner promised £10m from the departmental budget to "end the scandal of period poverty in our schools".

Education secretary Justine Greening received some criticism for the lack of detail in her speech, which swiped at the previous Labour government's policies while praising the "bold, ambitions reforms" brought in by her party. But what is it actually planning?

Literacy and numeracy in early years

Greening announced that the next round of the £140m strategic school improvement fund would include a new focus on "improving literacy and numeracy during a child's reception year".

An additional £6m will be invested in math hubs across the country to continue "spreading excellence", Greening said. There will also be a £12m programme to create English hubs in the northern powerhouse to "further improve early language and literacy".

More than £30m will be used to offer "tailored support" to get "more great teachers into schools that struggle the most with recruitment and retention", Greening pledged, although she didn't offer any explanation of what this would look like.

A pilot programme of student loan reimbursement will be launched for teachers to help "attract and retain" staff, focusing on subjects and geographical areas that "need them the most". The scheme would, for example, give a classroom teacher in their fifth year around £500 per month to help with their student loan repayments, while those with extra responsibilities will receive more.

Greening highlighted the attainment gap between those in mainstream schools and alternative provision (where less than 4% achieve A* to C in English and maths, compared with more than 64% for their mainstream peers). She promised to "bring proposals to ensure alternative provision is the best it can be" and existing best practice "becomes the norm", although, again, no actual details were offered.

Bringing the discoveries of neuroscience to the classroom
Research Matters
Progress in neuroscience is rapidly influencing the way we think about teaching and learning. Cognitive scientists and behavioural psychologists now claim to have a better understanding – based on new...
2443 hits
0 comments
Read More 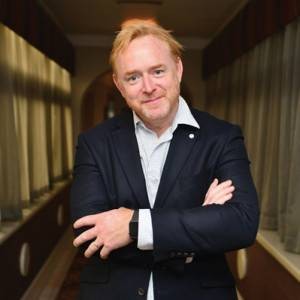 A beginner’s guide to David Didau
Beginners' guides
Best known for: Since its launch The Learning Spy has had over a million visitors and won a number of awards. Didau writes about ordinary teachers' constraints and irritations, exploring his own succe...
7309 hits
0 comments
Read More

‘Diversity is dire in education’ – the grassroots campaign bringing change to the face of school leadership
Expert Insights
"I spend every working day with children, parents, teacher and leaders from a range of different backgrounds, and until they are able to pass through professional and educational life without needing ...
6814 hits
0 comments
Read More

Do you know your free schools from your academies? Here’s our guide to secondary schools in England
Bite Size Policy
We've all been there – you know you should know how academies and free schools differ, but since it doesn't make the daily grind of planning, assessment and teaching any easier, you have never had a m...
13956 hits
0 comments
Read More

Careers guidance in schools
Bite Size Policy
Since September 2013, local authority maintained schools have been under a duty to provide impartial careers guidance to pupils from Years 8 to 13 (ages 12-18). The Department for Education (DfE) has ...
4639 hits
0 comments
Read More

A beginner's guide to Professor John Hattie
Beginners' guides
Hattie has been Director of the Melbourne Educational Research Institute at the University of Melbourne, Australia, since March 2011. Prior to that he was Project Director of asTTle and Professor of E...
26035 Hits
0 comments
Read More